All The Information We Know About Disney’s Lorcana

Disney brought new life to the Trading Card industry at their annual D23 expo last fall with the announcement of their new Lorcana Trading Card Game. Disney fans and gamers alike were eager to see what the power of Disney’s brand and beloved characters would do to the market. We’ve finally got a look at the first “Chapter” and what fans can anticipate during the first set release, currently slated for release in your Local Game Store August 18, 2023 with a full retail release on September 1, 2023. Fans planning to attend GenCon 2023 in Indianapolis Aug 3-6 will get to try the game early.

Currently no information is available about how spoilers will be handled for Lorcana. We hope to see them roll the game out like popular Wizards of the Coast brand Magic: The Gathering with a few weeks of build up to the release. But it’s always possible they could opt for the organic, last minute discovery that the Pokemon TCG utilizes.

Before we go any further, each of the products that have been announced contain at least 1 booster pack. Here’s what you can expect to find when you open one. 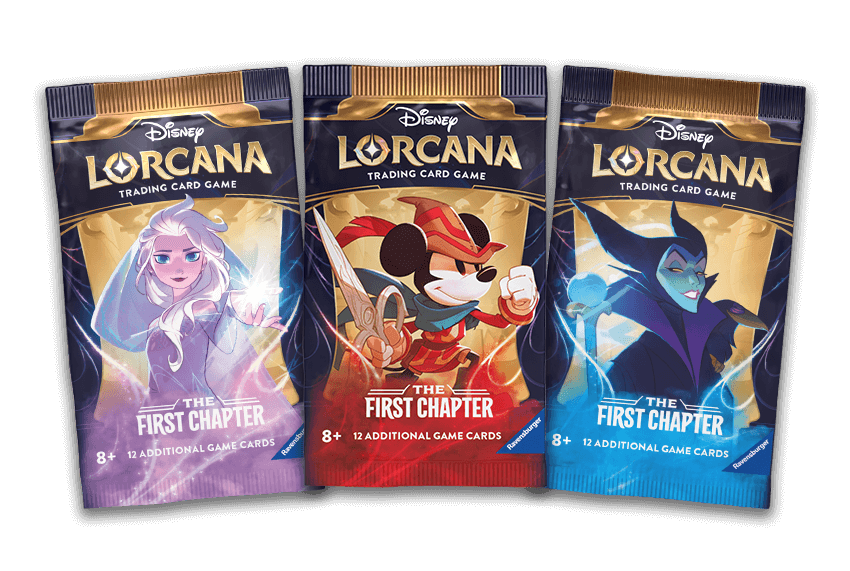 Lorcana will launch with 3 ready-to-play decks featuring iconic, although unusual, character pairings. The ink combinations give you a chance to try each inks play style: 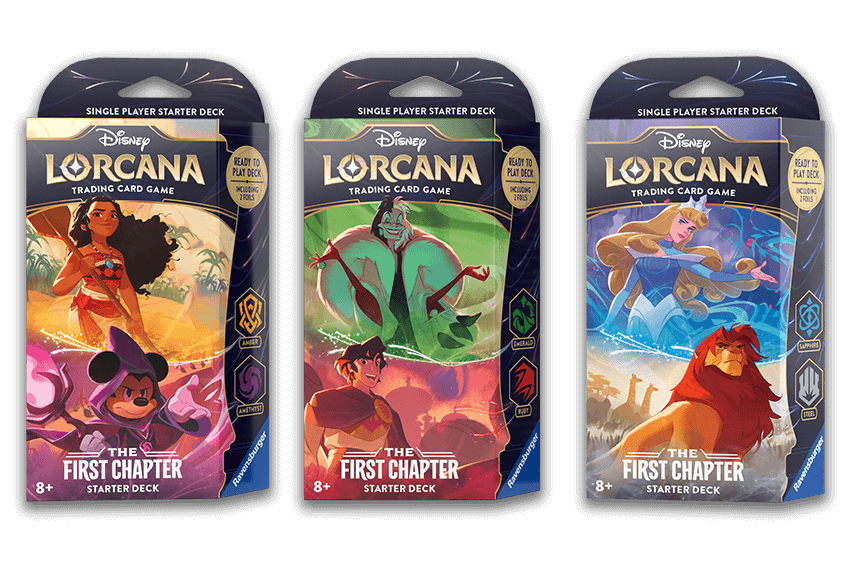 Lorcana will also be offering a Gift Set! The gift sets will include two collectible oversized foil cards and two playable foil game cards in addition to game tokens and four boosters. The featured characters for First Chapter will be Mulan – Imperial Soldier and Hades – King of Olympus. 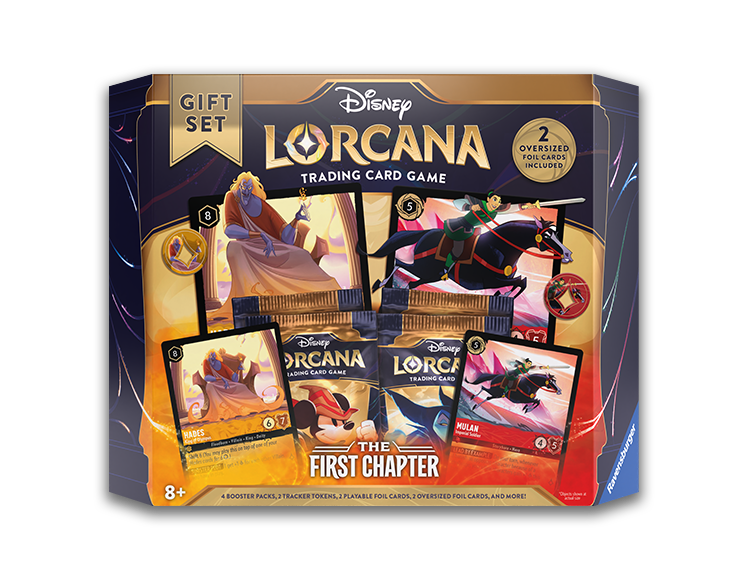 The Illumineer’s Troves were designed with collectors in mind! It contains a full art storage box, 2 Deck boxes, 8 Booster packs, a Player’s Guide and more! This product’s contents are similar to the Elite Trainer Box offered by Pokemon or the MTG bundle. 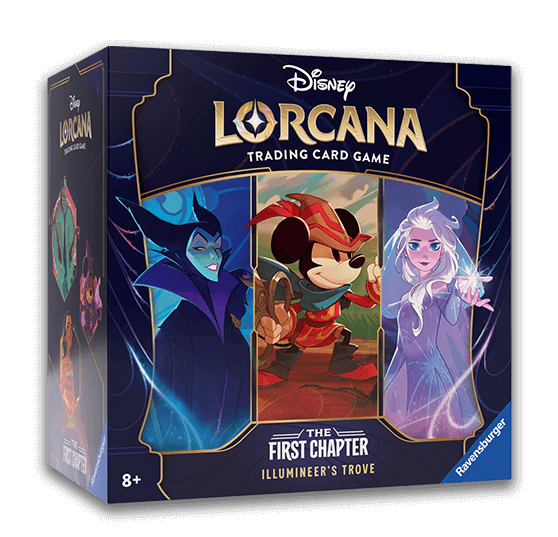 During the D23 Lorcana announcement, some mechanics of the game were unveiled. At this time we have a small list of key terms from the cards that have been previewed. Several popular trading card games have already broken ground in this space, Disney appears to be taking notes from their experience. The mechanics and language used in what we know of the game so far should make for an easy learn to play experience both for transitioning TCG consumers and new players alike.
The cards will start in a deck (the intro decks will be 60 cards, it is unclear at this time if that will be the minimum size, maximum size, or recommended average size of the deck.

The game will feature 6 inks, or color groupings:

It’s unclear if ink will actually be a resource used for playing cards or is just the name of their color identity system.

The language we’ve already seen from these cards, indicates that like many other TCG’s Lorcana will have multiple zones/states a card can exist in after it leaves its deck.

That’s everything we know, as of now, regarding Disney’s Lorcana! We are excited about this brand new Trading Card Game hitting the market and can’t wait to get our hands on these cards. We will update this article as more information about Lorcana and the first chapter is released.

At launch, Disney Lorcana: The First Chapter will be available in English, French, and or German, with plans to release four sets a year.